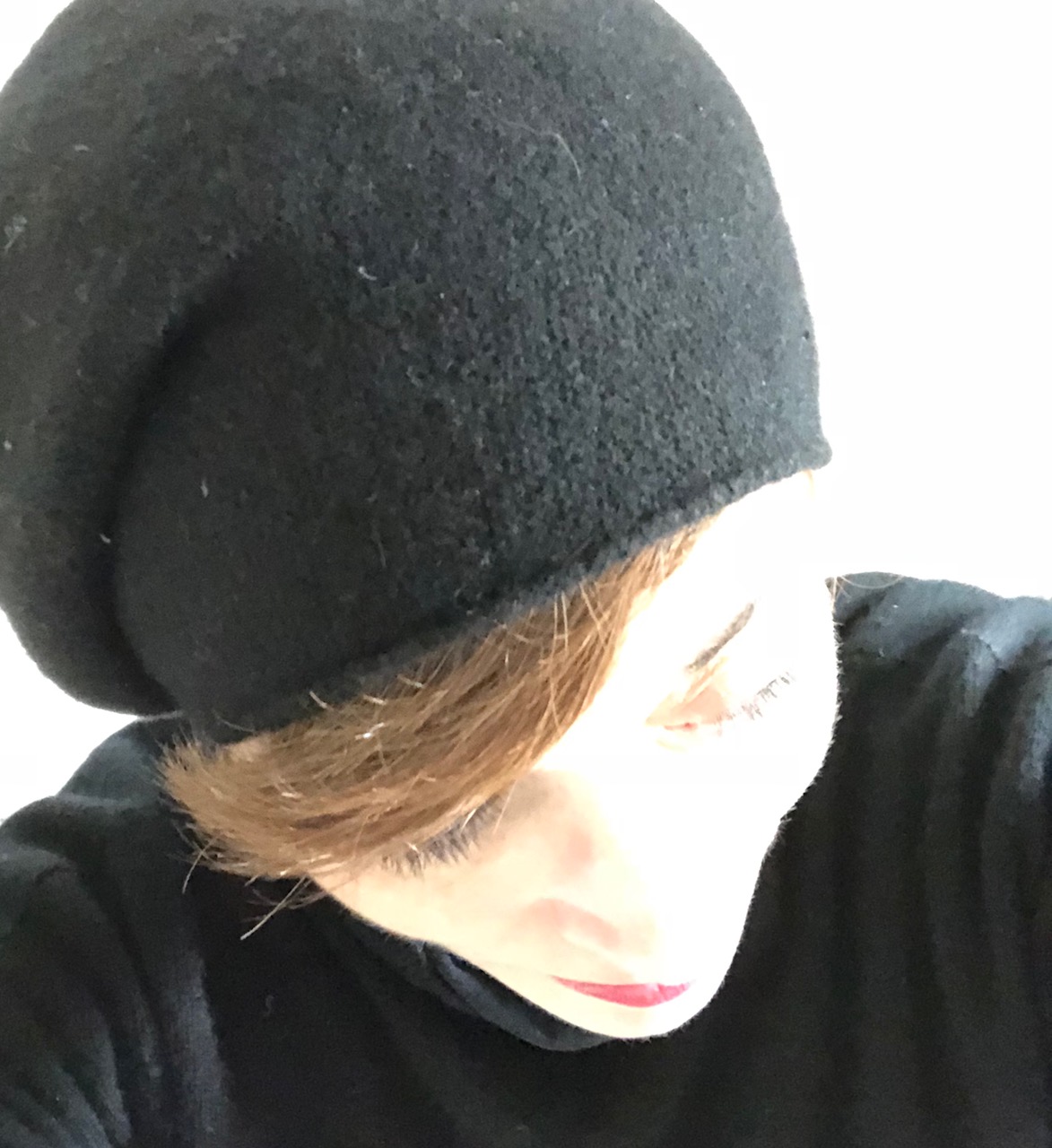 I am a hat person now.

I say this not as an assessment of my fashion sense. Nor is it a claim to have the kind of well-shaped face with big eyes that looks good in hats. No, this is a statement of defeat. The furry little pom-pom that hangs off the back of my slouchy beanie waves like the white flag of surrender. I’m getting older. I don’t want to be cold. My mother was right. She always is.

Though I still feel like the nineteen year old college girl who would eschew coats and bulky outerwear on even the coldest of New England nights, I am now a mother of teenagers. They, of course, refuse to wear hats for all the reasons I used to give.

Like flossing, wearing sunscreen and eating oatmeal, wearing a hat is just another habit that signifies the slow ebb of youth. It is sensible self-care. The problem with starting to wear a hat in my forties is the way it perfectly frames my crow’s feet. It also covers my short hair and washes me out. Have I mentioned I need lipstick all the time now?

I bought my newfound favorite winter accessory at a funky little hat shop in lower Manhattan. A hipster haberdashery with manscaped milliners in vests and cuffed jeans, it smelled of old wood and leather. This was not a store peddling the practicality of keeping one’s head warm; this store was about adornment. It even had a “feather bar” to personalize one’s topper.

The day I visited the store, a lithe twenty-something occupied a corner of the store with great convictions about what type of hat person she wanted to be. Wool felt, wide brim, jaunty. She wanted to take up space in the world.

I, too, could have spent hours trying on the various styles stacked atop open shelves along the exposed brick walls. Instead, I quickly found a black merino knit laying flat on a case in the back. When I picked it up, the salesperson said, “Our deconstructed beret! It looks good on everyone.” Indeed, it did not look ridiculous. Mostly, I admired it for its ability to fold up and fit in my coat pocket.

I’ve come to appreciate what this hat says about me. I’m older and more practical. I’ll happily wear lipstick and risk bad hair. I am not nineteen anymore, thankfully. Turns out, there’s a very fine line between the fluttering of a white flag and a feather in my cap.