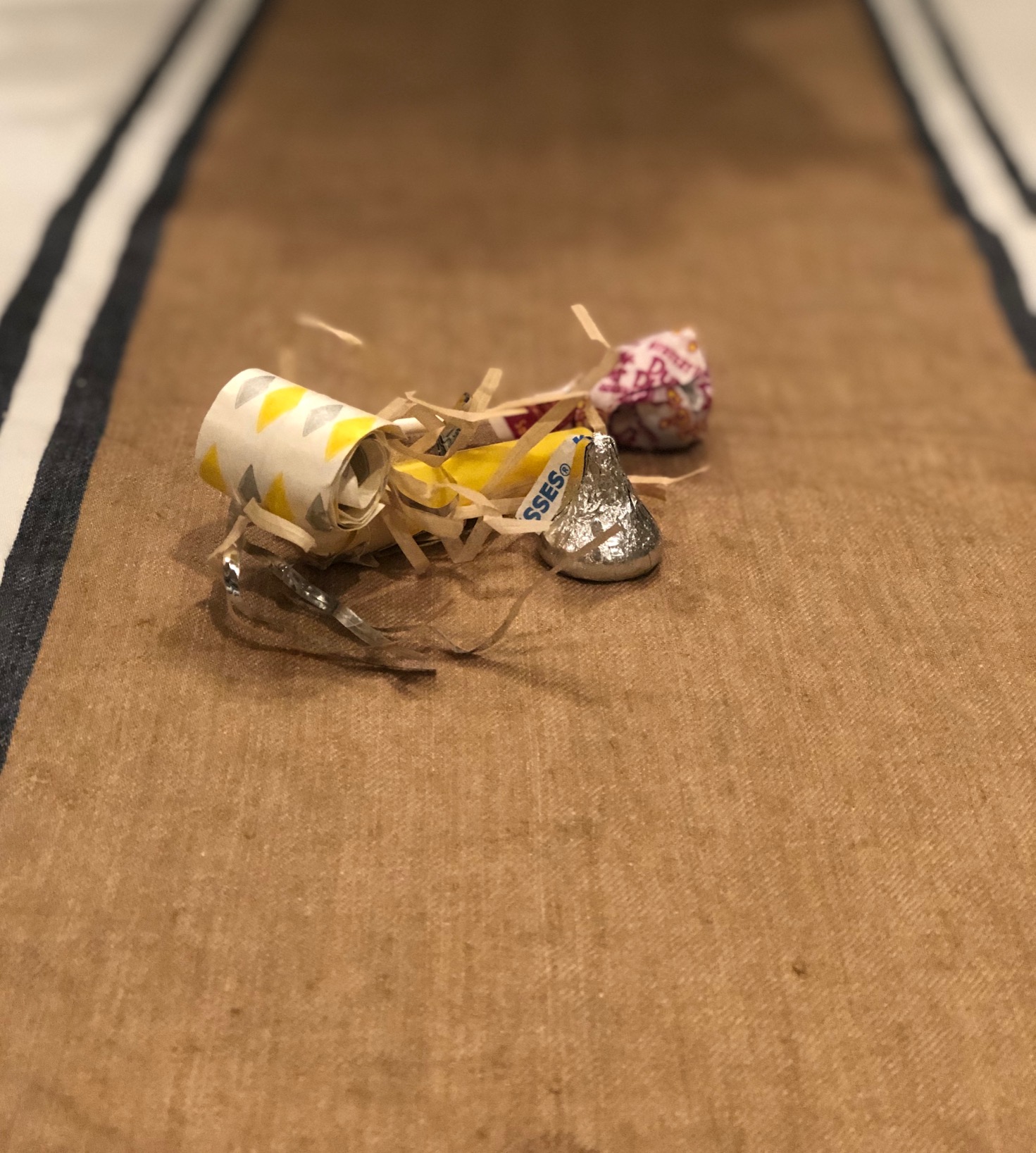 The thing with having kids ten years apart is that you remember just enough of each phase to accept that almost all behaviors fall within a broad spectrum of normal, but forget the specifics in ways that surprise you when you are reminded of the gritty details of child-rearing.

Like the heebie-jeebies you get when confronted with a wiggly tooth hanging on by a wisp of gum. I forgot about that feeling until last week.

Or the gentle drop in your stomach when your tooth-loosing, soon-to-be-7-year-old looks at you in a way that is all business and says “When are we having my birthday party?”

I had forgotten about the birthday parties.

Up until this year, my youngest was still in school for only half a day and I was able to squeeze in birthday celebrations during the early afternoon at a local pizzeria. Kids could roll in and out, with some singing in between.

I tried to convince him that the new T-Rex exhibit at the Museum of Natural History would be better than a party. What better way to keep one’s seven years on this earth in perspective than by looking at old bones?

Our negotiations ended with a plan: we set a date, sent out invitations, agreed on a menu and bought loot for the goody bags. We even hired a “scientist” to entertain the boys for an hour.

Newton’s third law of physics is that for every action there is an equal and opposite reaction.

As we counted down to his big day, he said, “Mom, I cannot wait to be seven.”

I smiled and thought, “I cannot wait for this party to be over.”

Don’t get me wrong. I found his anticipation endearing. It made me want to wrap his spaghetti body in my arms and kiss the last sweet plumpness of his cheeks. All I need to do is look at my two teenagers to be reminded how fast the years go.

Yet, I’m in this funny space between throwing single-digit birthday parties for one child and looking at colleges with another — and I’m not comfortable in either stage.

Unfortunately for my youngest, I’ve already had the parties, played tooth fairy, made small talk about reading levels, little league and the best second grade teachers. I’m kind of over it.

Unfortunately for my oldest, this is my first go at learning about high stakes testing, class rank and the advantages of early admission. I am coordinating road trips with the precision of a AAA representative, while pretending to appear calm and relaxed about the college search and admission process. I am not calm. I am not relaxed.

Like the “scientist” we hired to put on a show, I feel like someone gave me a lab coat and I am standing before a group of expectant children, performing one experiment after another, hoping that a few of my hypotheses prove out. I’m playing the part, but I have no idea what I’m doing.

Newton’s first law of physics is that bodies in motion tend to stay in motion. In other words, comfortable or not, we move forward.

A few days before my son’s party, he ransacked the majority of the loot for his goody bags. He opened the balloons and attempted to blow each one up, leaving a pile of rubber and saliva on the kitchen table. He scattered the light-up bouncy balls across the floor. I worried the spontaneous flashing was a seizure hazard for the dog.

These are the specific details I probably won’t remember.

What I will likely remember is that, despite my concerns and the sparse goody bags, the party was a success. Turning seven was as exciting as my son had hoped. And the woman playing the part of a scientist? She was just what he wanted.