The week that my four year old proclaimed, “Mom, I hear the mooing of the cows of the universe,” was the same week that my daughter almost got hit by a car, she received her Confirmation, and our grill, literally, went up in flames.

The mooing that my toddler heard was, in reality, the alarm of our volunteer fire department — a deep honking noise projected throughout the town in measured blasts that might, now that he mentioned it, sound a bit like the lowing of cows. It is a noise I’ve become accustomed to, so much that I pay it no mind despite its critical importance. When I hear it, I always think back to childhood vacations in beach towns along the Jersey shore. Having spent the first ten years of my life in a borough of New York City where my grandfather was a fireman, I remember hearing the unfamiliar alarm and thinking how risky it was for the residents of those seaside towns to live in a place where their first responders were volunteers. Relying on regular townspeople to heed the call and react quickly seemed almost foolish in my young mind, as I naively envisioned a line of locals with buckets lined up from the ocean to the fire. Now, of course, I live in such a town. 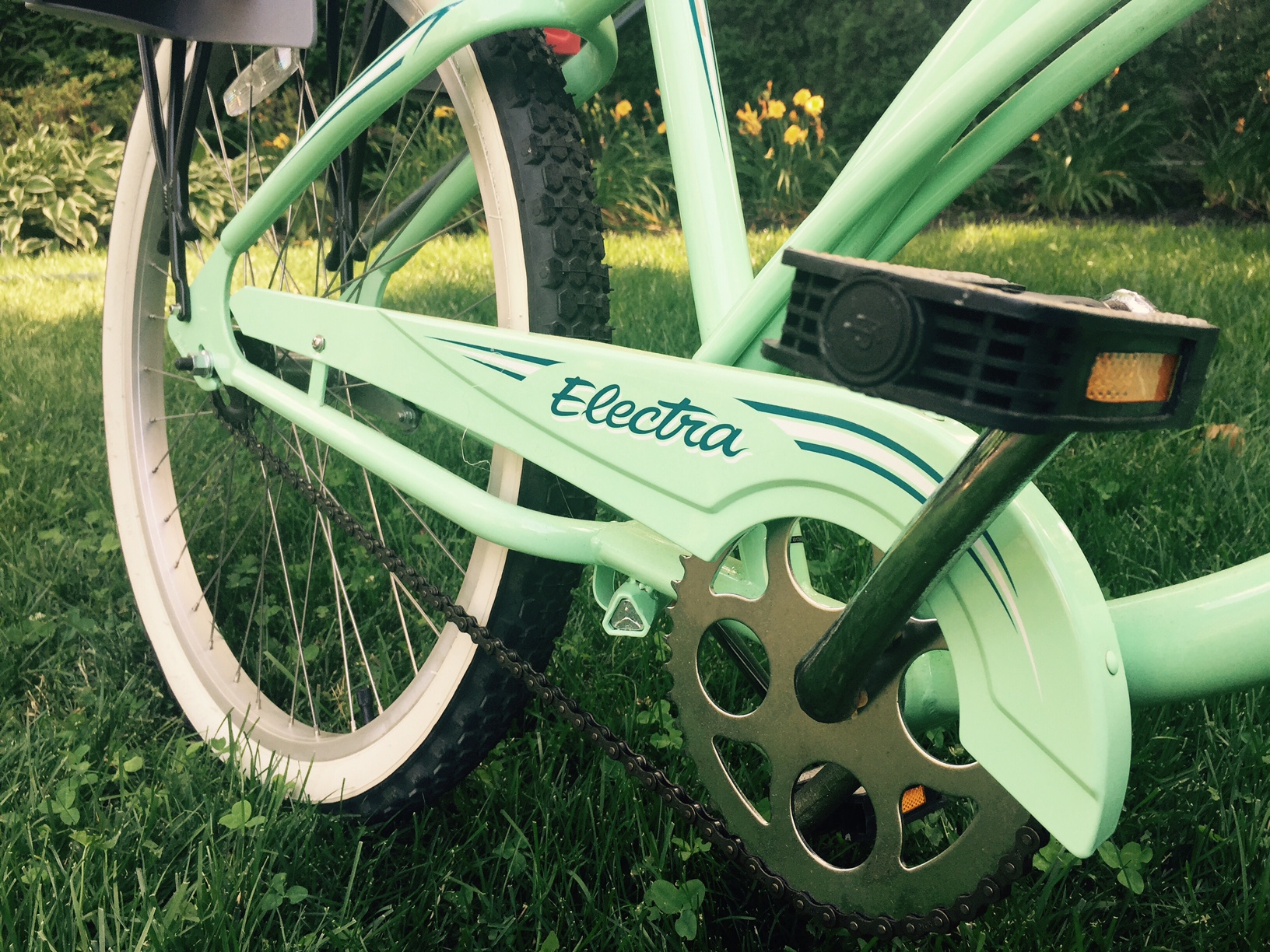 It’s not only a town where we rely on volunteer firefighters, but a place where, every weekday morning, a road is closed and corners are manned by crossing guards so that our children can bicycle safely to school. So when my middle son texted me from his bike one morning, telling me that a girl had almost been hit by a car, I was both terrified for the child and annoyed at his careless phrasing. “I think she’s in big trouble” he wrote. Who’s in trouble? The girl? The driver? Thankfully, the girl was fine; the driver was in trouble. My son had ridden by in time to see three police cars surrounding the woman who’d been stopped for her recklessness — it was quite a scene for his normally uneventful ride. The “girl” who had almost been hit, it would turn out, was my daughter and her good friend. Just before she walked in the door at the end of the school day, I got a text from my neighbor telling me it was our girls involved in the near-miss. My daughter was still visibly shaken as she told me the events of the morning but since she was standing safely in front of me, I think I under-reacted — compartmentalizing the unthinkable what-ifs into the category of “it’s fine now, don’t dwell.” After all, we had places to be.

Only three days later, on the afternoon of her Confirmation — a sacrament in the Catholic religion where the recipient’s faith is sealed by the Holy Spirit, often and perhaps ironically represented by fire — my husband was preparing to grill dinner for our houseful of family. As it preheated, grease that had collected over time caught fire in the bottom of the grill. Unable to quell the flames, he removed the propane, retrieved and emptied the fire extinguisher (all rather calmly, I might add. I only detected there might be a problem with dinner when I saw him come into the kitchen, then walk back outside with the extinguisher, giving me a “don’t ask” look as he went; I finished making the salad before going out to the yard, my slow reflexes permanently eliminating firefighter from my future career options). After the fact, he told me that he estimated the flames were shooting as high as eight to ten feet above the grill. There are all sorts of gas lines that enter the house where our grill is kept, not to mention wood siding and tall trees, but the crisis had been averted. So, we moved forward. Food still had to be prepared, a meal expected, and a sacrament to be received. The flank steak was cooked on the stovetop, everyone was sated, and we got to the church on time.

As I sat at mass that evening contemplating the week, I was taken aback by my reaction, or lack thereof. Intellectually, I fully understood what could’ve happened. We all understand what can happen. And, truthfully, we’ve had some hits, with life events that have punched us squarely in the stomach. But that week, I was choosing only to look at the outcomes, willing to dismiss the what-ifs a little too easily.  Was I being too naive? Too jaded? Was this some sort of maternal self-preservation?

I thought again about those mooing cosmic cows my youngest son had heard. With two near misses in one week, clearly those cows had looked favorably upon us. I realized I was starting to teeter dangerously into idol worship, something expressly frowned upon by the church. But, I sat there thinking maybe I did hear the mooing of the cows of the universe and they were telling me to slow down, pay attention, be appreciative, be more vigilant. Or maybe not. Maybe it was the opposite. Because if I’m really paying attention, I know that those are not cows mooing at all, those are alarms sounding: there’s an emergency, there’s danger. And, most times, all we can do is hope for the best and rely on those we love, or sometimes those we don’t even know, to volunteer help when needed.

So, I did what any good, slightly superstitious Catholic girl would do: I said a few extra Hail Marys, asked forgiveness for my flank steak dinner and contemplated vegetarianism, just in case.

A child the age of our child was taken by an alligator.

The boy’s father fought to free his son, but the reptile

took him under, drowned him. We sit on the couch,

our mouths agape. It’s been a long week

of staring at the TV this way. I’ve gone off Facebook

for a few days, because all my relatives are afraid

that someone’s coming to take away their guns.

But their guns are as safe as alligators

in a bog. And all I can think about is how my little girl

loves to stomp her feet in the water, and when music

plays, she has to dance. Today, she said the word yellow

and pointed to a toy boat in the pool. She doesn’t

know that if we lived in Syria, a crowded

Last night, I read her a book called Alligators All Around.

She doesn’t know it’s a book about terror,

or that, in Florida last week, a hundred dancers

were shot because it was easier for a troubled man

how to dance. I’m calling for a ban on all alligators.

Because how can it be that even a lake

in Disney World is not safe for a child?

Once, I was a tourist in my worst nightmare.

At the Everglades Holiday Park, the guide told us

to keep our limbs inside the boat at all times,

he said the gators didn’t really want to hurt

us, but they wouldn’t hesitate if they perceived

a threat. This was before I had anything I loved

more than my own arms and legs.

I hate politics now. I hate the news.

I can’t bear to see another overturned boat,

another child dead on the shore.

And now I find myself dreading the day

I’ll have to tell my daughter about alligators,

because that’s what I can’t stop thinking about

tonight—can’t stop the tears for the mother

and father flying home, an empty seat between them.

And now, I’m remembering how the state of Florida

looks from the window of a plane—thin strip of land, ocean

on both sides, boats dragging the white trails

of their wakes across the water, and how, all the way home

from that trip, my mind kept going back to the swamp, that warning

to stay inside the tiny, inadequate boat. And all around

us, the rock islands of those prehistoric bodies,