Act I, sc i
Early morning, near soccer fields. My husband, 12-year old son and I are walking through a parking lot toward the fields. 12 year old is looking at his phone talking to me about the weather in the region.
Husband: Son, stop talking to your mother. I can see her zapping the testosterone right out of you.
[end scene]

When my children were babies, they looked exactly like my husband. It was a fact readily pointed out by anyone who had ever met, or was related to, my husband. Of course, I love my husband. I even really like him, but pointing out the resemblance between he and my children — as if it were somehow surprising — was, quite honestly, annoying. In my sleep-deprived, round the clock nursing and nurturing state, I felt like they should have looked just a little like me, if not because of genetics then simply through the laws of osmosis.

My daughter, now fourteen, has morphed into a near-young-adult who resembles me in many ways. She is a nice mix of both mine and my husband’s family; her fair complexion, brown hair and dark eyes provide an easy likeness to aunts and cousins. Like me, she’s generally easy-going and quick to smile. She also has a comfort in her own skin that I never had, which makes me appreciate the ways she takes after my husband. My four year old, on the other hand, with his type-A personality and strong will, is all his father, in looks and temperament. I don’t know if it’s because he’s my third or if I’ve just gotten some sleep in the last few years, but I’m fine with it. In fact, most days I’m exasperated enough by his behavior to attribute every bit of his personality to anyone but me. His light hair and blue eyes are the mirror image of childhood pictures of my husband, but there’s something about his tiny muscular arms and wacky imagination that remind me of myself, just enough to grant me patience.

But my middle son is — or was until very recently — a different story. He’s all me.

At twelve, he still looks like me — so much so that when we use the creepy face-swap feature on Snapchat, aside from eyebrows (his) and laugh lines (mine), our faces are virtually interchangeable. And as much as I longed to see myself in their little faces when they were babies, the reality of seeing your own personality traits in your growing children is something of a different story: it’s easy to notice in your kids the things you don’t like about yourself, remembering the insecurities or worries that may have held you back or you wish you could change. Like me, my son can be sensitive, an overthinker and sometimes quiet (read: aloof). And though he shares many qualities I’ve come to appreciate about myself, I know for a fact that I would have made a terrible adolescent boy. 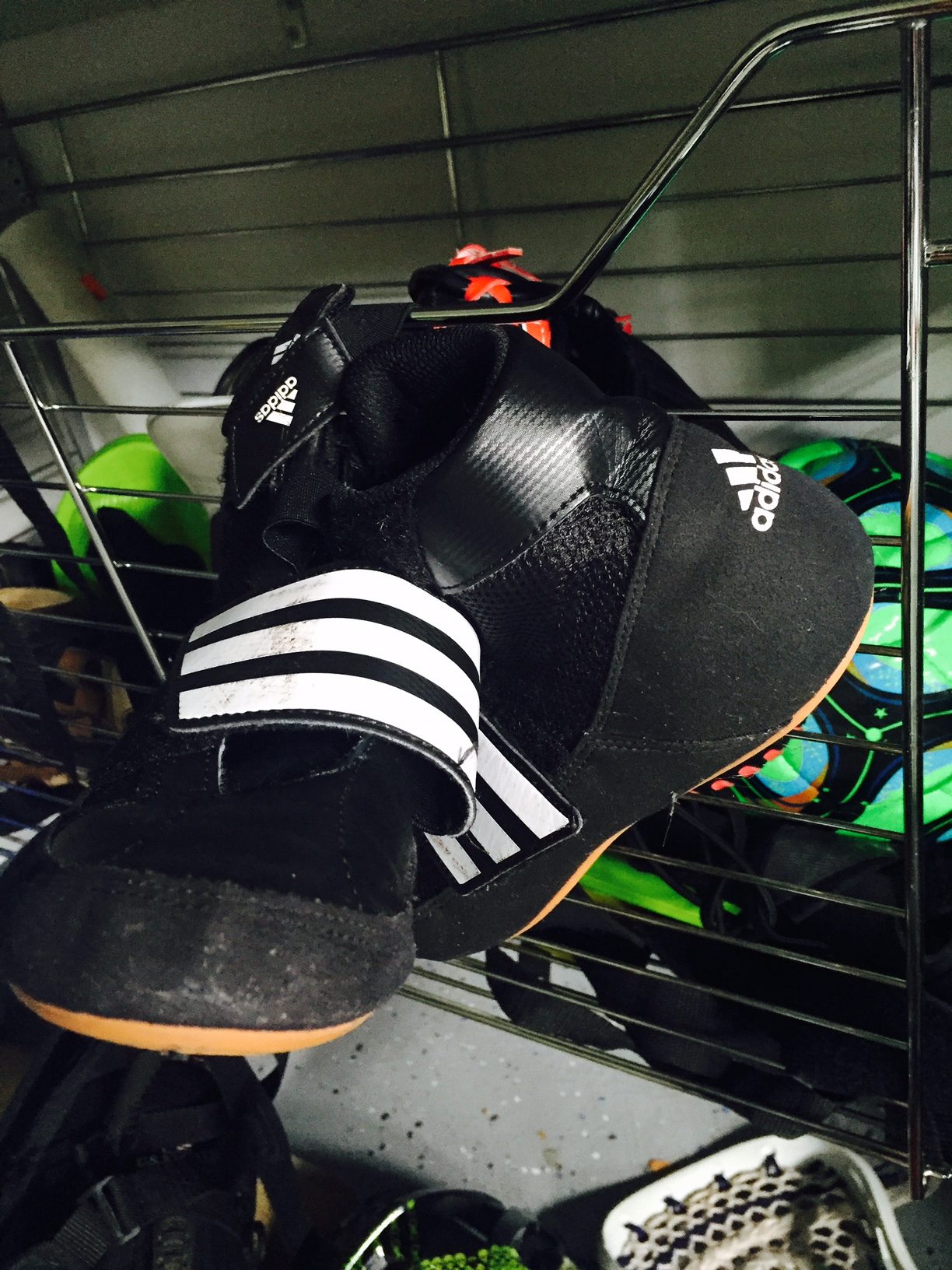 ed he wanted to join wrestling, I had some reservations — mostly for myself. Admittedly, I find it a hard sport to watch. My son is a gentle soul, or at least that’s how I like to see him. Frankly, having never been an athlete myself, it wasn’t until I had children that I even watched any sports at all. But the sport seems to be doing some good things for him socially and emotionally — and social and emotional is definitely in my wheel-well.

The changes in him started to become evident about mid season. I had missed a weeknight exhibition match, trying to juggle toddler bedtime and my daughter’s swim schedule. It’s important that I clarify it was an exhibition match, which is to say it was a practice meet against another team, but it didn’t “count.” So, although he competed, this distinction eased my guilt over not being there to watch. Kind of.

By the time I walked into the gym, his matches were over and he was ready to go. I said a passing hello to a father who was leaving with his son. “Your boy had two good matches. Fought hard in the first one. It’s a shame the other kid got hurt in the second match and they didn’t get to finish.” It wasn’t until we had parted ways that I paused and thought, “Wait. What? Someone got hurt?” In case you are unfamiliar, as I had been, there is a lot of crying in youth wrestling. Someone is often getting hurt, with little distinction between physical pain and bruised egos. But usually the tears subside and the match finishes. My guilt was creeping in; exhibition or not, had I missed an event where my son needed me?

I saw him across the room and we left the steamy gym and walked into the cool night. He chatted all the way to the car and seemed happy. He had lost his first match, he said his opponent was good and he fought hard. He was proud of his effort. His second match, he explained, was a bit unusual (this story was developing slower than I would have liked, as by now my imagination was running wild). He’d been winning. By a lot. He told me that he scored 8 points quickly within the first seconds of the match. He felt that he was about to pin the kid, but then his opponent started crying, kind of yelling actually, and the ref stopped the match. The boy he was wrestling said his hip was hurt. He lay on the mat and wouldn’t get up. Eventually, the boy’s coach came out and carried him off the mat.

My guilt was no longer creeping in, it was rushing at me like an open fire hose. I played it cool. As much as I should have been there so that my son had an ally in the crowd, I think I might have started crying in the stands. Ironically, it’s never the parents that cry in wrestling. “Did you feel bad, sweetheart? What did you do?” No, he explained that he didn’t feel he did anything wrong. He fought within the rules and wasn’t really sure how or why the kid hurt his hip. In his retelling he downplayed the events, saying there was an awkward moment where everyone was staring at him in the center of the mat while his opponent was rolling in pain on the ground. Even after the kid was carried off, my son remained in the middle of the crowded gym waiting for the ref to give him instruction.

There’s so much talk about how sports benefit kids, teaching them life lessons on winning, losing and teamwork. As someone who didn’t play organized sports (who am I kidding…any sports), I hadn’t really appreciated this wisdom but I see it now with my children. I’ve seen them play hard or not hard enough, I’ve seen them get pushed around and keep (or lose) their cool, I’ve seen them be outmatched in size and skill and persevere, and I’ve seen them exhibit courage I never had, stepping out onto a starting block or into the center of a wrestling mat, with all eyes on them. They will take their own lessons from their experiences and from their time with coaches and teammates, and I will continue to learn as well.

When I looked at my son that night, instead of seeing myself I saw someone else entirely. He was starting to change and it’s a change that comes with a tinge of sadness but mostly relief. As he told the story, he was reserved and understated — traits that make us so similar. We have the same sense of humor and, although I was a little horrified, I couldn’t stop laughing about what he called his “awkward situation.” He might be like me in many ways, but he’ll probably be okay in spite of it.