If you plan to kill your best friend, you may reconcile but there is a good chance the relationship will never be the same. You may pal around again but, let’s face it, it’s probably best for all parties involved to sleep with one eye open. About a year ago, my husband and I almost put our dog down and I think he knows it. In our defense, he was gravely ill. But since then, I’ve seen him give me an occasional sideways glance with squinted eyes, sizing me up and conveying a slight mistrust. Sure, I’m the one who cared for him when he was sick and, of course now that he’s better, I walk him, feed him and even cook for him. But once your dog knows you planned his demise, it erodes the relationship between a woman and woman’s best friend, no matter how civil you are to one another. 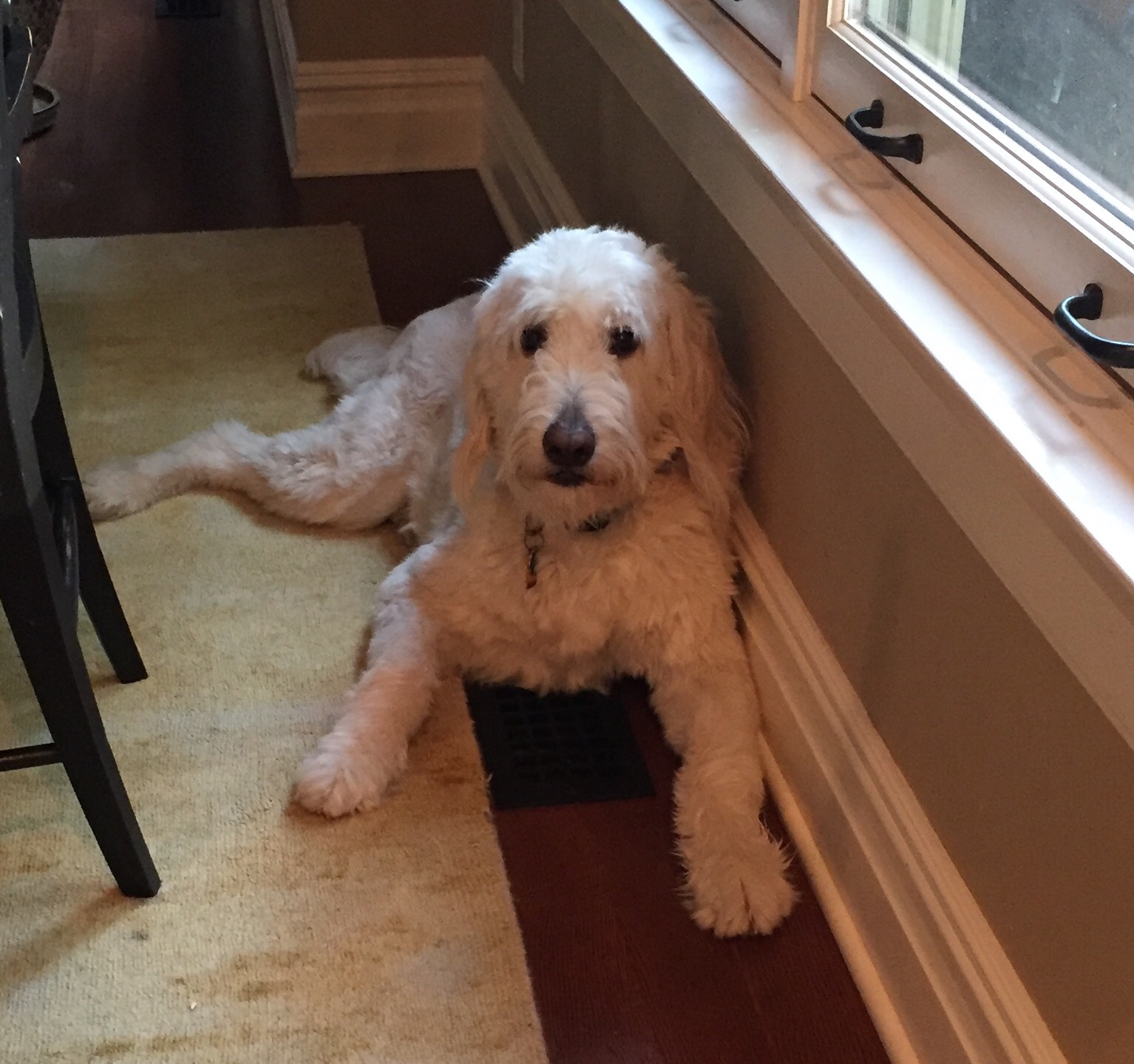 At only two years old, he had become lethargic and sometimes unresponsive when called. Blood tests revealed a form of extreme anemia, the veterinarians concluding that his immune system was killing healthy blood cells. The disease was rare and potentially fatal. Months of medication and thousand of dollars later, his quality of life was poor. He was losing his hair, his skin covered with sores, and his body so tender to the touch that he didn’t want to be pet. It was, in short, awful. Taking the humane advice of our veterinarian, we weaned him off the medication that was simultaneously keeping him alive and causing many of his symptoms. We had a tearful conversation with our children and prepared ourselves for the ugly and heart-breaking end that pet-owners know too well. A week free of medication did not make a difference; he was still limping around the house and generally listless. Another week passed without improvement. So, my husband and I made a plan; we would take him to “the appointment” first thing the next morning. We went to bed that night sad and defeated. You see, perhaps unfairly, we had pinned a lot of hopes and optimism to this puppy. We got him a few months after we moved, after life changes that left a void in our family. We were still finding our place in our new town, we were still mourning the loss of my husband’s father, and we had recently and unexpectedly given up another dog after he bit a child. Things felt both settled and still unsettled, gradually healing but still raw. This puppy was going to bring joy. He was going to restore order and normalcy by bringing the chaos and disorder of puppyhood. And now, two years into his life, he was sick and we had to make a decision. At the risk of sounding dramatic, it felt as though nothing had gone right for years, and putting the dog down was a further continuation of that trend.

But here’s what happened: the morning that we planned to take him to the vet, for the first time in months, he came bounding off of his bed. His tail was wagging. My husband and I looked at each other and shrugged. Death could wait. We’d take him the next morning. But the next morning was the same. He had more energy. He was visibly happy to see us. Eventually, the sores healed. He stopped limping. The kids were confused (even whispering, “Are we still getting a new puppy?”). My husband and I were confused (whispering back, “No, there will not be a new puppy. You have a puppy and he’s still alive. For now. We think.”). And our state of confusion, of living with what may be temporary, ultimately gave way to comfort once again. At least, mostly.

Now that my youngest is in preschool five days a week, most mornings it’s just me and the dog. In the house, he is my shadow — in fact, he’s sitting under my feet as I type this. Yet, I can’t help but feel that near homicide mars a friendship in unspoken ways. Even though he’s always with me, I’ve noticed that the the trust between us has boundaries — he’ll follow me anywhere, except the car. If he’s napping for long periods of time, I can see him occasionally open one eye to make sure I’m not getting any ideas, and watching to make sure I’m not fretting over his health. And I swear his happiness to see me when I arrive home is over-exaggerated; his excitement borders on mania and, let’s be honest, even I know that I’m not really worth that big of a fuss. All the theatrical leaps in the air and wagging hindquarters make it seem he has something to prove. Because maybe he does.

Things now feel settled, for the most part. The dog and I seem to be playing our parts, acting like uncertainty and discomfort aren’t part of our story. Underneath, we all seem to understand it’s foolish to believe that anything ever goes unchanged for any length of time, and it’s not ours to decide what’s normal anyway. There is always upheaval, whether it’s a big move, a new school, leaving a job or, yes, a new puppy. The dog and I have fallen into a relationship that seems to speak to this, and we have a tacit agreement these days: he’ll act perky, like the dog we all needed, and I’ll act like I never planned it any other way.