Act I, sc i
[a produce stand, a well-dressed older gentleman is leaning against the vegetable bin] 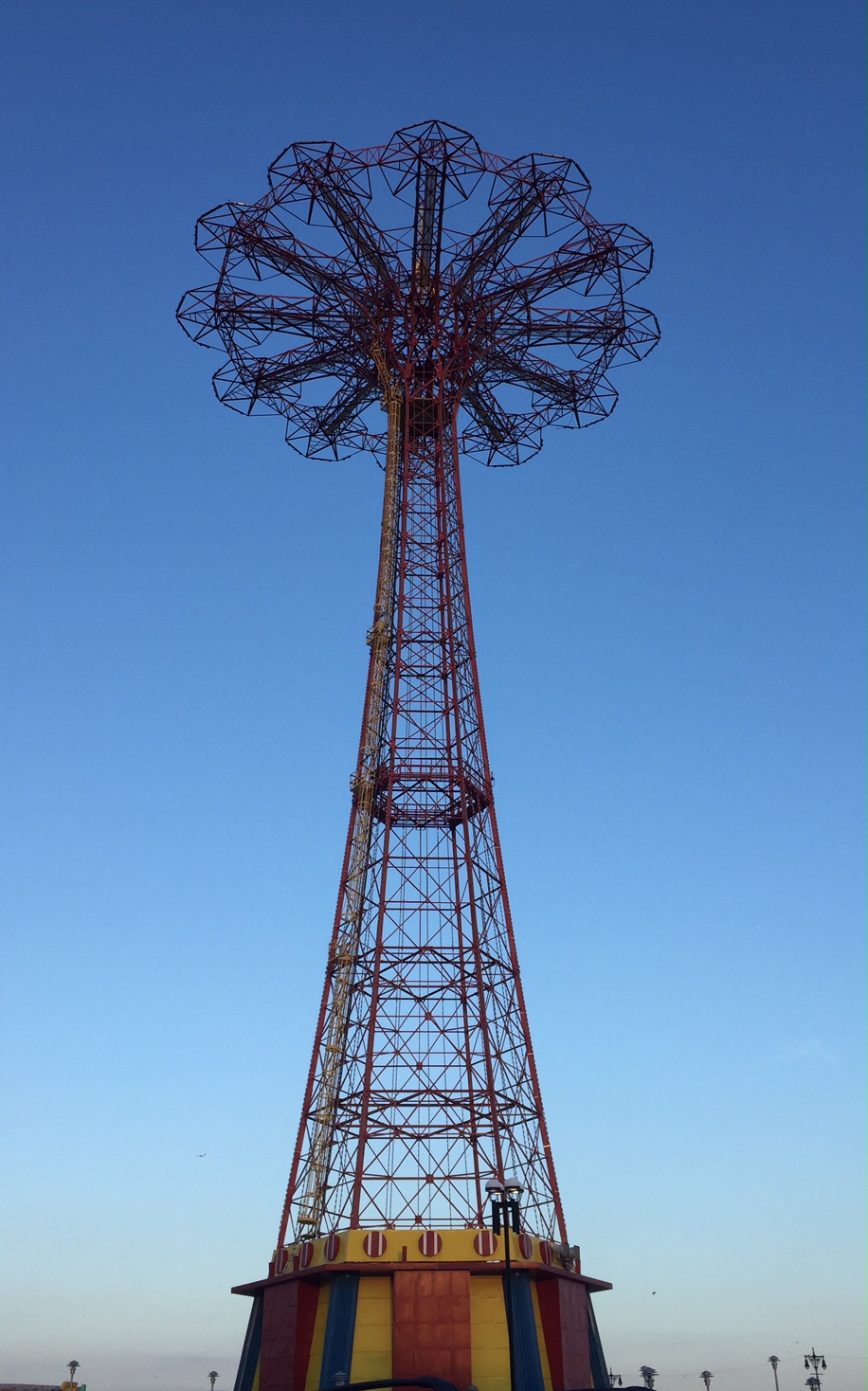 Last weekend, my husband and I celebrated our 17th wedding anniversary. Because it’s a weird number and because we just started a business, it was uneventful, as planned. We spent the eve of our anniversary with cousins in Coney Island at a great concert that happened to fall on the weekend of our wedding date — and we had agreed that the much needed night out would double as a celebration. My husband doesn’t like to have his picture taken and is almost as mortified by any attempt I make at taking a selfie as my children, so as a bit of a joke and mostly to give my husband a hard time, I attempted snapping a few pictures of us along the boardwalk in front of the iconic parachute jump — now a less thrilling but still-cool, smarter and just as remarkable version of its former self. You know the latest “Love Your Spouse Challenge” (which sounds less like a cute photo trend and more like a straightforward description of the trials of daily married life) on Facebook? Well, I didn’t capture any of those kind of pictures. Instead, I had a burst of photos that in many ways capture our relationship: me smiling next to my husband who refuses to be coerced into doing anything. Many are of me laughing next to his back which is turned to the camera — the only shot of his face is a that of a scowl aimed in my direction. Ultimately, I know he feigns annoyance and that I am a yin to his yang, as the saying goes, and visa versa. Of course, I posted the photos to Facebook because a) we hadn’t been out in a while and I had an illogical compulsion to document a life outside the home on social media and b) I thought it was funny.

I am a regular, if not jaded, Facebook user so I understand the ground-rules: we all get to post our highlight reel, the best and most fun aspect of our lives. It is not meant to be an accurate representation of our truest lives (if it were, there would be a TON of pictures of me doing laundry and driving kids places) and when it’s someone’s birthday, whether you really know them or not, you wish them well. What I posted was a little bit of each — a fun night out in an otherwise quiet summer with a quick note acknowledging our anniversary. Even so, I was surprised by the outpouring of Facebook love. I think I underestimated not only people’s reflexive kindness, but something greater: the communal understanding that relationships are hard work — really hard work — and even if you’re choosing to be low-key about the passage of another year, it’s still worth noting.

Because here’s what seventeen years of marriage  looks like: our twenties, our thirties and, now, our forties. One apartment, four houses, two boroughs and two New Jersey counties. A Master’s degree, two kids, four dogs, a dog bite, single strollers, double strollers, Montessori schools, parochial school, and public schools. The loss of grandparents. The loss of a father. Years of grief that sucked the air out of the room. Another baby. Another stroller, a new crib, more diapers. Baptisms, Communions, Thanksgivings, Christmases, graduations. Paris. Quitting a long-held job. A year of being home together — 24/7, breakfast, lunch, dinner, and food shopping — as a couple. Teacher’s conferences, preschool, grammar school, middle school, high school and back again. Road trips, business trips, guilt trips. And, now, a start-up; we actually own boom trucks even though I am barely proficient at driving a stick shift, nevermind have a CDL. Overall, there has been a joint desire to move forward (though how we get there is sometimes up for healthy debate) and a deep and unwavering respect for one another.

And, it’s been challenging. It’s also been fun. Every couple has their own story, their own Cliff’s Notes. Which is why I think the anniversary well-wishes poured in from people we’ve known from all stages of our life — from family and friends who were present to celebrate with us 17 years ago, from people who have been at this much longer than we have, from people who know me but have never met my husband, and from people who don’t normally comment. And even though I won’t be participating in the “Love Your Spouse Challenge” anytime soon — perhaps for reasons best summed up here or perhaps for lack of good pictures — I have enjoyed seeing photos documenting the evolution of couples from bright-eyed young-marrieds to partnerships I recognize and admire — some of them with stories I know well, others I can only guess. But, in each frame, they are still standing side by side and smiling, even if one has his back to the camera.