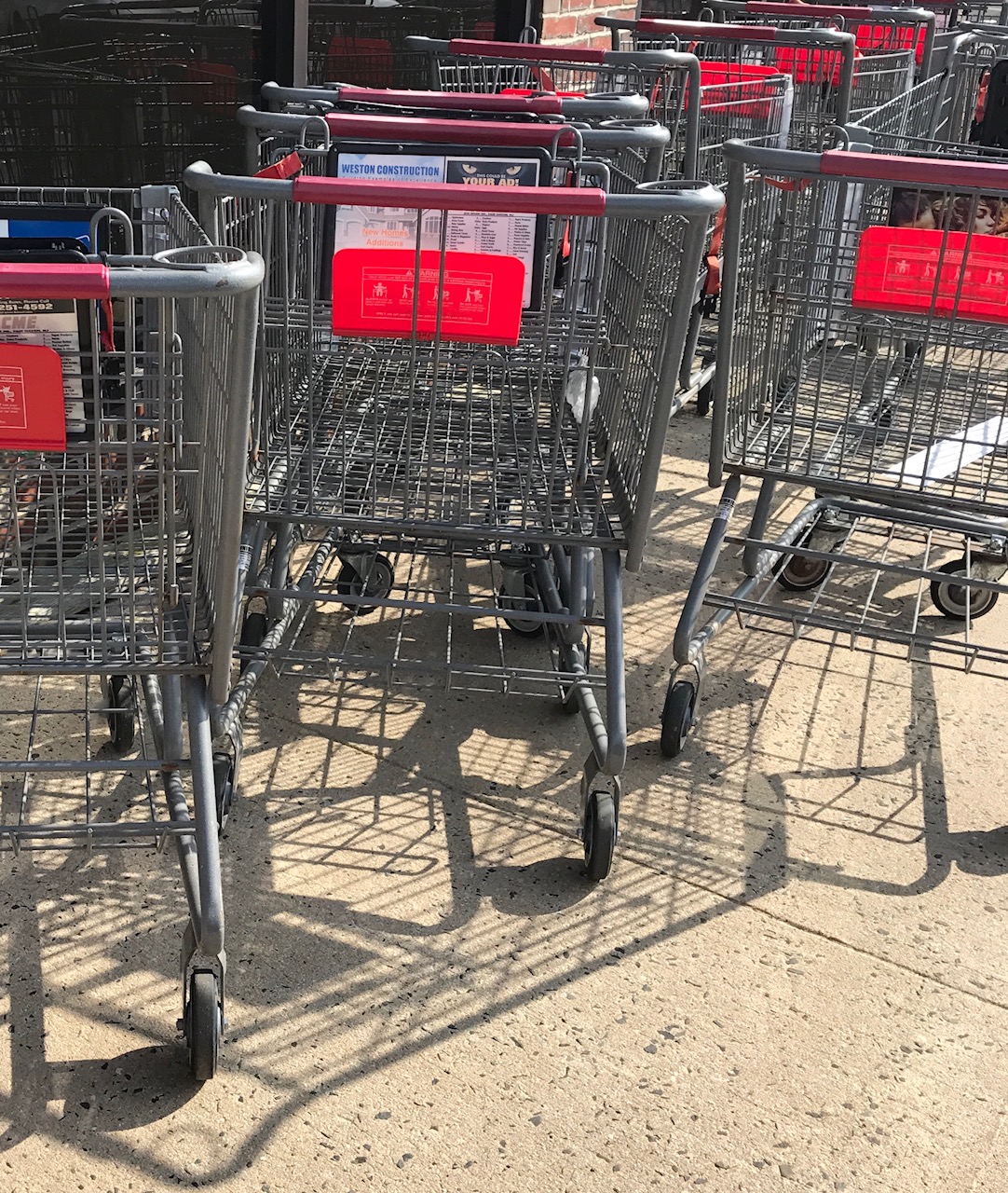 If it’s August and you bring a mother to a supermarket, she’s going to have a few kids with her. Even though her children usually hate food shopping, tagging along interests them more than summer reading, so they’ll be strangely excited to go.

She’ll have a list, that she’ll forget at home, but she’ll think she can remember everything — it isn’t that long. Cereal, soap, canned tomatoes, grated cheese, olive oil (how did she run out of olive oil?).

She’ll start in the pasta aisle and she’ll probably complain under her breath that there are no decent brands of tomatoes. “Can’t they stock just one brand that ends in a vowel?” Her children may think she’s talking to them; they may even start to answer. But she wasn’t looking for a response. In fact, they realize, she seems to prefer silence.

She’ll move distractedly down the aisle — children trailing behind — scanning the shelves and growing more agitated.

The soft music on the speaker will catch her ear. She’ll start humming quietly. Her children will be relieved that the soft-rock seems to soothe her. She will gently move her hips. Her children will scatter, realizing that this could quickly get embarrassing. She will sing along, a little too loudly, because Brandy is a fine girl and what a good wife she would be.

“Brandy (you’re a fine girl)” is now stuck in her head. This makes her feel like she could be a better wife, or at least try to cook a dinner her husband would like. She will abandon the pasta aisle in search of meat and potatoes.

A child will appear holding 3 boxes of sparklers and another with the Family Size bag of Doritos. They will drop them in her cart before she can protest and disappear into the next aisle.

She will push her cart toward the meat case, enjoying the quiet, even if that means some unwanted items. She’ll see the hot dogs and start to reach for a package, but will hesitate because they are not Boar’s Head, which is the only brand her family likes (aren’t all hot dogs the same?!).

She decides she’ll stop at a different store tomorrow — the store with the right hot dogs and good canned tomatoes. She’ll look around self-consciously and realize that no one else even seems to buy hot dogs. She’ll suddenly feel like she’s been poisoning her children.

She will quickly move onto the organic produce section to allay her guilt. Her kids will find her throwing large bunches of kale and carrots into her cart, mumbling about smoothies. They’ll drop two pints of ice cream and a box of Fruit Loops into the cart and run.

Thinking about her family’s health will give her the vague feeling that she’s forgotten her son’s well-visit. “Shit. Does he need a physical to start kindergarten?” she will rack her brain. She’ll make a mental note to call the pediatrician and buy a wall calendar.

She’ll grab a package of free-range chicken breasts and call to the kids, who appear out of nowhere, holding bubbles, a bag of chocolate and ranch dressing. She will notice that her cart is full. She’ll feel accomplished and head to the register.

She’ll watch in mild confusion as her items are scanned. Where did that toy car come from? Why is she buying marshmallows?

She will pick up a copy of Real Simple magazine and leaf through it. Its promises of organization and better time management will speak to her. She’ll put it with her items to read later.

She’ll leave the supermarket and wheel her shopping cart alongside her car. She will tell the kids to put the groceries in the trunk while she runs into the adjacent liquor store to grab a bottle of wine. “See? Better time management already,” she’ll say to herself as she walks away.

When she gets home, she’ll unpack her groceries. The children will tear into their new snacks. They aren’t bickering, so she won’t stop them. She’ll prepare to make chicken cutlets for dinner.

She’ll still be humming to herself when she realizes she forgot to buy olive oil. She’s also out of breadcrumbs. And garlic. She’ll open the bottle of rosé and pick up the phone.

She’ll order a pizza. Because if it’s August and you bring a mother to a supermarket, she’s going to have a couple of kids with her. And, chances are, she’ll have to go back to the supermarket tomorrow anyway.

Tagged: #summer, if you give a mouse a cookie, kids, parenting, remember to buy the cookies, supermarket
By Jennifer Gaites | August 8, 2017 | In Uncategorized | 15 Comments |