Act I, sc i
[I am sitting at the kitchen table with my 4 year old, coloring]
4 yo: Mom, can you help me write a letter to my friend?
Me: Sure, sweetheart.
4 yo: I want to say ‘I love you. I hope you had fun on your birthday.’
Me: (feeling proud) Oh, that’s a very nice thing to say to your friend.
4 yo: Can you draw a stamp so we can mail it?
Me: Of course! Good thinking.
4 yo: And, on the front, draw a picture of me taking down my enemies.
end scene. 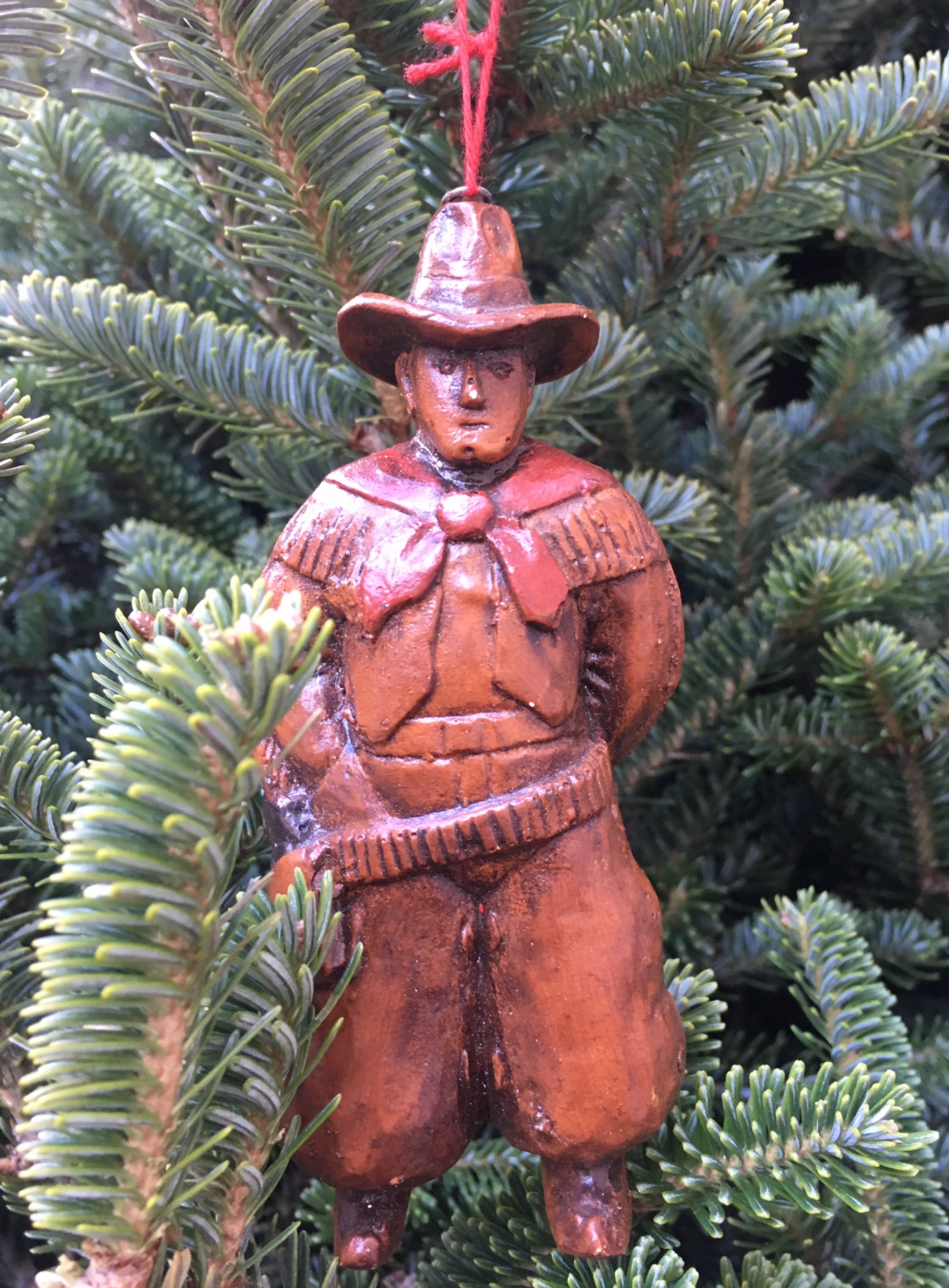 With only my sister and me, my father has often thanked his lucky stars that he had only girls, never openly admitting to missing out on having a son. Instead, he appreciated the quieter house that came with two girls, the lack of wrestling and the general aversion to danger. He took us fishing, skiing, coached sports (for my sister; I couldn’t be bothered), and taught us to change a tire. For the most part, he included us in all the things he loves to do, while avoiding what I’ve come to experience as the mind-numbing stage of adolescent boyhood. Now that I have sons, I have discovered that there is one affinity he never really shared with us and I can see why.  Whether it is generational or somehow wired into male DNA, my father harbors a love for the Westerns from his boyhood. And though he gave up hunting years ago — because of his distaste for venison or for the NRA — he’s held onto the romanticized version of the American cowboy: a man, his horse and his gun. Admittedly, I have no interest in any of it. But in watching my father’s relationship with my sons grow and change over the years, I have found his description of childhood heroes charming. So, a few summers ago, when he pulled out my grandfather’s old pellet gun, I saw it as unique time spent between grandfather and grandson, good clean fun and a bit of family heirloom all wrapped into one (for the record, it’s not just for the boys: my grandmother claims to be a pretty good shot in her day).

When seen through this lens, my son’s Christmas request seems palatable, even endearing. In his youth, my father enjoyed a boyhood of taking his BB gun into the nearby woods (in an outer borough of New York City, no less) — and an airsoft gun is more innocuous with its plastic pellets. Even in the movie A Christmas Story, a boy and his toy gun is portrayed as a rite of passage — of target practice, of good winning out over evil, and of being outdoors. But I just keep thinking this isn’t the ‘40s or ‘50s anymore. I may not be afraid that he’ll actually shoot his eye out, but I hesitate. Times have changed. Even pellet guns have changed. They look less like pistols from The Magnificent Seven and more like weapons from Call of Duty. What does this say about boyhood? What does it say about the times in which we live? What does all of this say about me as a mother? I follow Moms Demand Action for Gun Sense in America, dammit!

I’ll tell you what it says: I’m raising a son. More accurately, I’m raising a child who is different from me. And like almost all of the parenting conundrums that I tend to over-think, not a whole lot is revealed. It may not feel as nostalgic as a Red Rider Carbine Action 200-shot Range Model air rifle, or be as captivating as a kid’s fantasy of a young cowboy versus Black Bart and his gang of bad guys. Ultimately, though, times may have changed, but boys — and kids in general — have not.

I’m not sure what gifts will be packed onto Santa’s sleigh this year (whether I’m being coy or highly disorganized, you decide). Whatever is under the tree on Christmas morning will not change who my son is, or who I want him to be. The real lesson here, for me, calls to mind another scene from A Christmas Story, when Ralph’s father is unpacking his precious leg lamp from its wooden shipping crate. Our children sometimes want different things than we do. It can be scary. It can also be totally harmless. The hard part is figuring out which is which, and that makes me feel something that can be summed up with one word: FRAGILE (It must be Italian!).